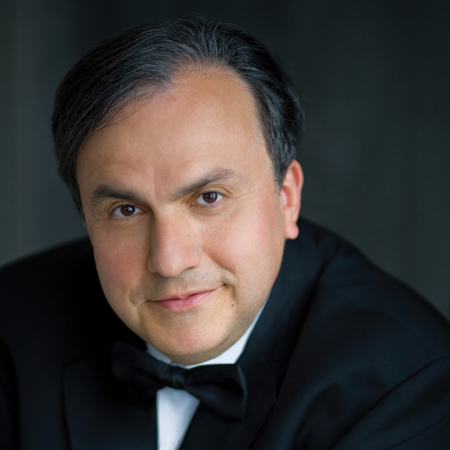 …Bronfman’s playing was a finely spun whirl of notes that verged on the unbelievable…it was impossible to take one’s eyes or ears off the bear-like, protean pianist, who has both technical brawn and a glittery grace.”
–Los Angeles Times

Internationally recognized as one of today’s most acclaimed and admired pianists, Yefim Bronfman stands among a handful of artists regularly sought by festivals, orchestras, conductors, and recital series. His commanding technique, power, and exceptional lyrical gifts are consistently acknowledged by the press and audiences alike.

Following summer festival appearances in Verbier and Salzburg, and on tour with mezzo-soprano Magdalena Kozena, his 2022-23 season begins with the opening week of the Chicago Symphony followed by return visits to the New York Philharmonic and Pittsburgh, Houston, Philadelphia, New World, Pacific, Madison, New Jersey, Toronto, and Montreal symphonies. In Europe, he will tour with Rotterdam Philharmonic and can also be heard with Berlin Philharmonic and Bayerischer Rundfunk (Munich), Bamberg, Dresden Staatskapelle, Maggio Fiorentino, and Zurich Opera orchestras.

Born in Tashkent in the Soviet Union, Yefim Bronfman immigrated to Israel with his family in 1973, where he studied with pianist Arie Vardi, head of the Rubin Academy of Music at Tel Aviv University. In the United States, he studied at The Juilliard School, Marlboro School of Music, and the Curtis Institute of Music under Rudolf Firkusny, Leon Fleisher, and Rudolf Serkin. A recipient of the prestigious Avery Fisher Prize, one of the highest honors given to American instrumentalists, in 2010 he was further honored as the recipient of the Jean Gimbel Lane prize in piano performance from Northwestern University and in 2015 with an honorary doctorate from the Manhattan School of Music.