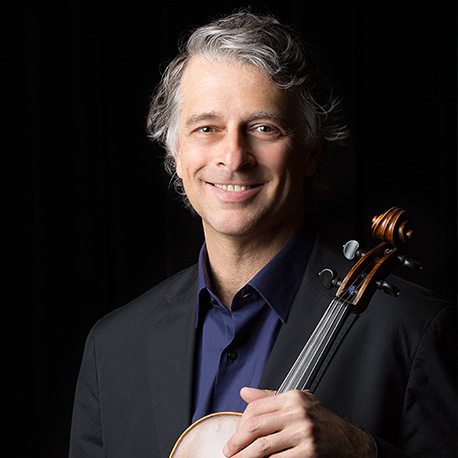 Violist Uri Wassertzug has performed professionally in many places around the world including Alaska, California, and Utah in the U.S. as well as the UK, Italy, Japan, and New Zealand. Since 1998 he has been a member of the Kennedy Center Opera House/ Washington National Opera Orchestra as well as Idaho’s Sun Valley Music Festival. He occasionally serves as Guest Principal Viola with the National Philharmonic. He has also performed with the San Francisco Opera and Symphony, the National Symphony, the Sacramento Symphony, the Cabrillo Festival, and the California Symphony among many others.

Mr. Wassertzug is a member of the National Chamber Ensemble and appears frequently on the Kennedy Center’s Millennium Concerts series. Other chamber music appearances and affiliations have included the New Zealand Festival of Chamber Music, Mozart in Monterey, the Foulger International Music Festival, the Empyrean Ensemble, the Sun Quartet, and the Beau Soir Ensemble.

Mr. Wassertzug is on the faculty of George Washington University. His own studies were at the University of Maryland, the Aspen Music Festival (on a fellowship), and the San Francisco Conservatory of Music (awarded the Germaine Prevost Scholarship). Some of his teachers included the members of the Guarneri Quartet, Isadore Tinkleman, and Robert Becker. An aficionado of coffee, Mr. Wassertzug has been roasting his own coffee beans for several years. He lives in Virginia with his wife, violinist Elizabeth Field, and their son.