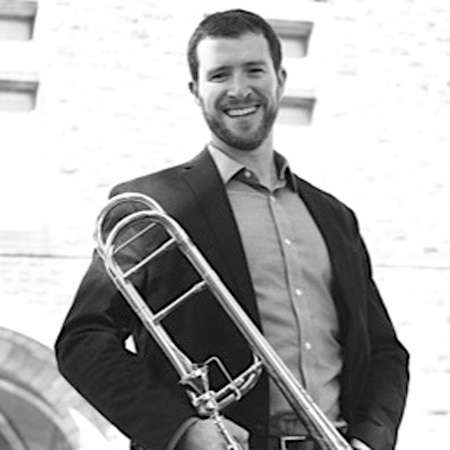 In the chamber music realm, Smith was a founding member of the Second City Brass Quintet, as well as the CT3 Trombone Quartet, winners of the 2005 ITA International Trombone Quartet Competition. Additionally, he is a member of the Buffalo Chamber Players and Great Lakes Trombone Ensemble. Smith is also an avid proponent of new works for trombone, playing a significant role in several new commissions for trombone in mixed environments.

As a pedagogue, Smith teaches a private studio in Buffalo, NY and is a frequent recitalist and clinician at universities around the country. He holds a Bachelors Degree from Ithaca College and a Masters Degree from Northwestern University, where he studied with members of the Chicago Symphony Orchestra. Smith is an S.E. Shires Artist: timsmithtrombone.com.