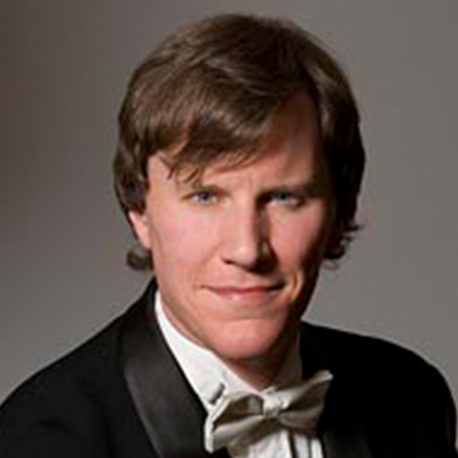 Thomas Sherwood joined the percussion section of The Cleveland Orchestra in September 2015.  He previously served as principal percussion of the Atlanta Symphony Orchestra, 1999-2015.  A native of Fairfax, Virginia, his musical career began at a young age when he discovered his father’s old drum set packed away in the garage.  He graduated with a bachelor of music degree in percussion performance from the University of Illinois at Champaign-Urbana, where he was student of Tom Siwe and was the youngest recipient of the Edgard Varese Memorial Scholarship.  He subsequently earned a master of music degree from Temple University, studying with Alan Abel.  Prior to joining the Atlanta Symphony, he was a member of the New World Symphony in Miami for three seasons.

In addition to his orchestral work, Mr. Sherwood is a passionate advocate for contemporary music.  For the past decade, he has served as artistic director and percussionist for Sonic Generator, a chamber ensemble specializing in performances of modern electro-acoustical music.  An active teacher and clinician, he has presented masterclasses at many of the nation’s top universities and conservatories.  He has also been the director of the annual Modern Snare Drum Competition, held by the Atlanta Symphony and attracting students from all across the United States.