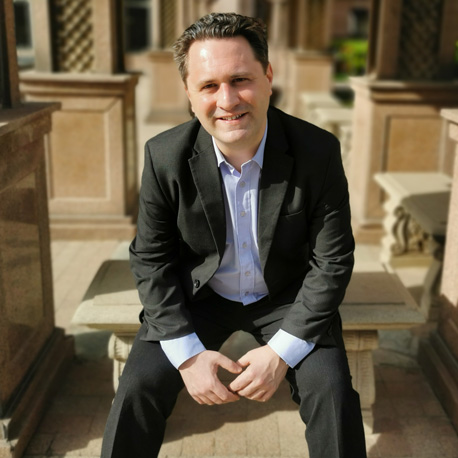 Violinist, Tarn Travers, regularly performs throughout the US and abroad as a soloist, chamber musician, and orchestral player. Traverse is a member of the Chicago-based contemporary music group Ensemble Dal Niente and concertmaster of the Indianapolis Chamber Orchestra. Recent performances include solo and chamber music appearances throughout the United States, China, Austria, and Italy. He also performed at the Library of Congress in Washington, D.C., and toured throughout Austria performing Sibelius’ Violin Concerto, culminating in a performance at Vienna’s Konzerthaus.

As a recording artist, Travers has released numerous recordings, including an appearance on Jóhann Jóhannsson’s album Orphée, released in 2015 on the Deutsche Gramophone label. Other releases include an album of chamber music by Beethoven, Brahms, and Brooke Joyce, Maria Newman’s Triple Concerto, Randal Bauer’s Half String Quartet for violin and cello, and music by George Lewis, recorded as a member of Ensemble Dal Niente. Upcoming releases include music by Lori Laitman, transcribed for violin by the composer specifically for Travers, and an album of music for two violins featuring music by Eugène Ysaÿe, Sergei Prokofiev, and Paolo Marchettini.

An active pedagogue worldwide, Travers currently serves as resident faculty at the Tianjin Juilliard School in China. Past teaching appointments include faculty positions at DePauw University in the United States, AlpenKammerMusik in Austria, and the International Music Festival of the Adriatic in Italy. Tarn holds undergraduate and graduate degrees from the San Francisco Conservatory of Music and the Cleveland Institute of Music, and a Doctorate from Stony Brook University in New York, where his primary teachers were Camilla Wicks, Philip Setzer, William Preucil and Axel Strauss. He plays on a Joseph Curtin violin.