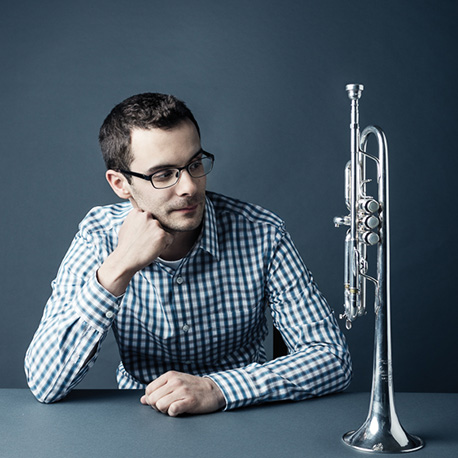 Steven completed his Bachelor of Music degree at Northwestern University, where he studied with Barbara Butler, Charles Geyer, and Christopher Martin. He continued his studies at the Glenn Gould School, Royal Conservatory of Music in Toronto where he studied with Andrew McCandless. In 2013 Steven was the winner of the International Trumpet Guild Orchestral Excerpts Competition and in 2012 was a member of the Northwestern University Trumpet Ensemble that won first prize at the National Trumpet Competition. Steven has participated in many summer festivals, including Spoleto Festival USA, National Repertory Orchestra, Banff Festival Orchestra, National Orchestral Institute, National Youth Orchestra of Canada and the National Academy Orchestra.

Steven and his father Barton have commissioned and recorded an album of new music for two trumpets and piano entitled, “Tandem”. In his free time, Steven enjoys joining some of his TSO colleagues on their volleyball team (The Gustav Bahlers).