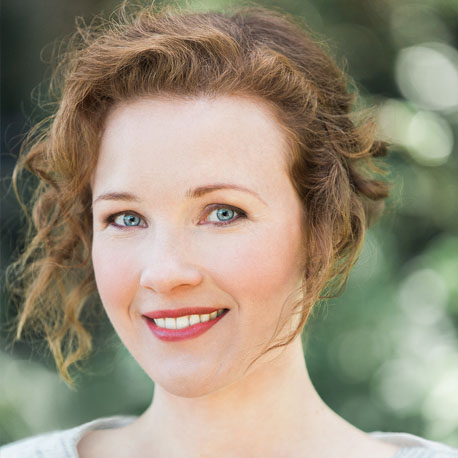 Grammy Award-winning mezzo-soprano Sasha Cooke has been hailed as a “luminous standout” by the New York Times and as possessing “equal parts poise, radiance and elegant directness” by Opera News. Ms. Cooke is sought after by the world’s leading orchestras, opera companies, and chamber music ensembles for her versatile repertoire and commitment to new music.

In 2018-19, Ms. Cooke’s operatic engagements will include role debuts as Eduige in Rodelinda at the Gran Teatre del Liceu and the title role of Orlando with the San Francisco Opera. She returns to the title role in Humperdinck’s Hänsel und Gretel which she performs with the Los Angeles Opera under the direction of James Conlon.

In the 2017-18 season, Ms. Cooke sang the title role in the world premiere of Marnie, by Nico Muhly, at English National Opera. One of the highlights of her 2016-2017 season was the world premiere of Passage, a piece for mezzo, orchestra, and laptop that was commissioned to commemorate the centennial of President John F. Kennedy, and which she performed with the composer Mason Bates.  Ms. Cooke will sing Passage here on August 18th. She also sang in the world premiere of Mr. Bates’(R)evolution of Steve Jobs at The Santa Fe Opera, and won a Grammy for Best Opera Recording.  As a proponent of new music, Ms. Cooke has also premiered works by Nico Muhly, Kevin Puts, Mark Adamo, Joby Talbot, and William Bolcom, with upcoming premieres by Marc Neikrug and Jake Heggie.

She has been engaged by over 60 orchestras worldwide and has worked with such luminaries as conductors James Levine, Leonard Slatkin, Pinchas Zukerman, Sir Mark Elder, and Robert Spano.