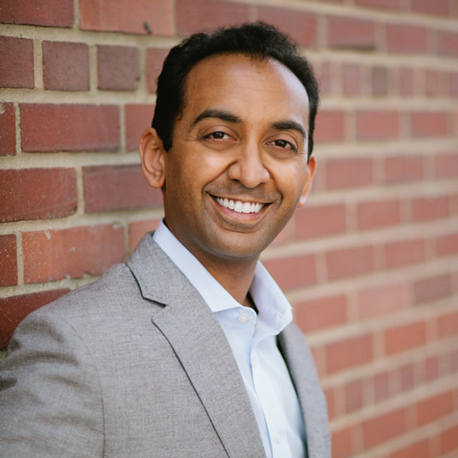 Internationally recognized for his ability to communicate from the podium and to demonstrate a “vibrant dynamic breadth” with his score, Sameer Patel is one of America’s most exciting young conductors. Currently, he serves as Associate Conductor for both the Sun Valley Music Festival and the San Diego Symphony.

Mr. Patel began the 2018-2019 season conducting the San Diego Symphony and appeared as a guest conductor with the Toronto Symphony Orchestra. This spring he will conduct North Carolina Opera’s production of Tosca as part of a guest residency sponsored by the Solti Foundation. After the Sun Valley Music Festival’s summer season, Mr. Patel will appear with the Savannah Philharmonic as a guest conductor and candidate for Music Director.

In 2016, Mr. Patel was selected from a field of 120 conductors to study with Daniele Gatti, Chief Conductor of the Royal Concertgebouw Orchestra at the Accademia Musicale Chigiana in Siena, Italy. That same year, he was also selected by Maestro Kurt Masur, former New York Philharmonic Music Director, to study with and assist him with the Leipzeig Gewandhaus Orchestra and the Finnish Radio Symphony Orchestra.

A graduate of the University of Michigan, Mr. Patel is a passionate advocate for music education and enjoys teaching students at summer music festivals, school music programs, and youth orchestras across the country. Born and raised in Michigan, Mr. Patel resides in Southern California with his wife Shannon and their baby boy, Devan.