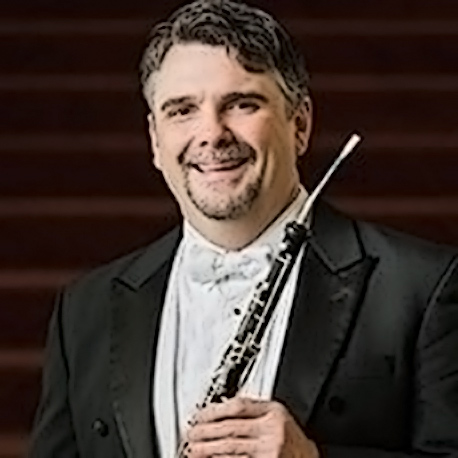 Russ deLuna joined the San Francisco Symphony Orchestra as English horn player in 2007 and occupies the Joseph & Pauline Scafidi Chair. He has appeared as soloist with the San Francisco Symphony in Quiet City by Aaron Copland and has soloed twice now playing The Swan of Tuonela. In 2015 he appeared as soloist with the New York Philharmonic playing the Swan of Tuonela again. Another career highlight of the 2018 season was filling in for the Cleveland Orchestra‘s ailing English Hornist in Wagner’s Tristan und Isolde, under the direction of their Music Director, Frank Welser-Most. He has also appeared with the orchestras of Atlanta, Saint Louis, and Chicago and spent three summers as a member of the Saito Kinen Orchestra in Motsumoto, Japan under the direction of Seiji Ozawa. He appears regularly as a chamber musician in San Francisco on the Symphony Chamber Series as well as at the San Francisco Conservatory of Music where he has been on the oboe/English horn faculty since 2014. A graduate of Boston University and Northwestern University, DeLuna also enjoys coaching the oboe section of the San Francisco Symphony Youth Orchestra.