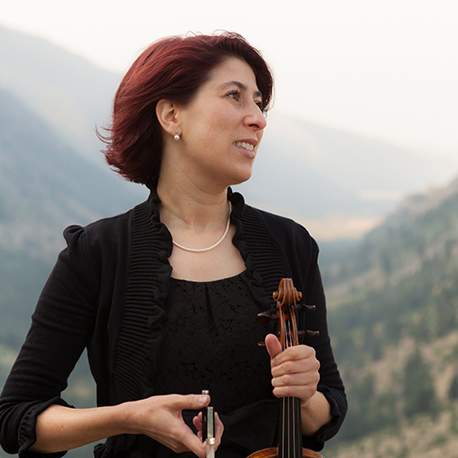 Born to a family of musicians in St. Petersburg, Russia, Ms. Sedukh began studying violin at the age of four, her first teachers being her father Grigory Sedukh and Savely Shalman. She is a graduate of Special Music School of the St. Petersburg Conservatory, and the Rimsky-Korsakov State Conservatory, where she studied under the guidance of Lev Ivaschenko and Vladimir Ovtcharek. She also holds Artist Diploma from Longy School of Music in Cambridge, MA, where she studied with Laura Bossert and Malcolm Lowe.

Ms. Sedukh with cellist, Terry King, presented the world premiere of Vladimir Uspensky’s Double Concerto at the International St. Petersburg Spring Music Festival in 2001. Recent engagements include collaboration with pianist Kirill Gerstein and members of San Francisco Symphony in a performance of Shostakovich Piano Quintet in Davies Symphony Hall. She was also featured in San Francisco Symphony’s subscription series concert as the second violin in Beethoven Quartet op. 74, in addition to appearing as a soloist with Russian Chamber Orchestra and San Francisco Academy Orchestra.

Following her passion for symphonic music, Ms. Sedukh pursued a career in major American orchestras, presently being a member of 2nd violin section of San Francisco Symphony since 2009, and having previously served as a member of Boston Symphony Orchestra from 2004 to 2007. Ms. Sedukh has served as a Guest Principal Second violinist at the Sun Valley Music Festival throughout 2015 season.

Ms. Sedukh resides with her family in San Francisco Bay Area since 2007.