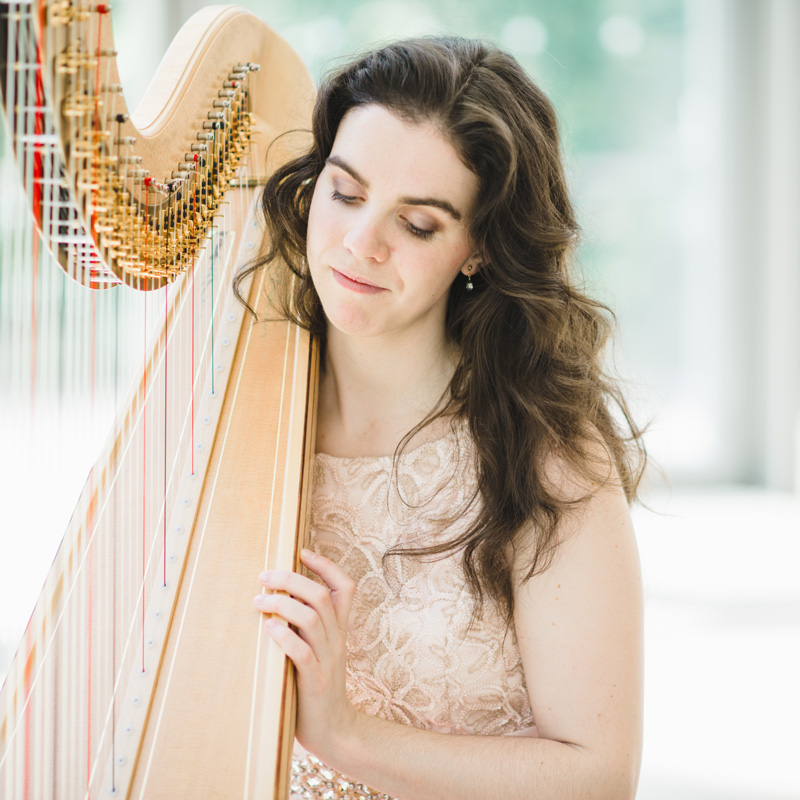 Winner of the second prize in the 2018 OSM Manulife Competition in Montreal, harpist Phoebe Powell was also awarded the coveted Aspen Summer Music Festival scholarship and the prize for the Best Performance of a Canadian Work for her rendition of Kelly-Marie Murphy’s Illuminations.

Praised for her breadth of expression ranging from “mature and virtuosic to gorgeously musical and sweet” (Stephen Bonfield, The Calgary Herald), Ms. Powell is committed to bringing awareness of the phenomenal capability, expansive sound, and technical range of this instrument.

Following a performance of Benjamin Britten’s A Ceremony of Carols at the 11th World Harp Congress in Vancouver, Phoebe was the first harpist ever to win Calgary’s C3 Concerto Competition, making her Canadian debut with the Calgary Civic Symphony Orchestra playing Debussy’s Danses sacrée et profane in April 2012. Later that year, she made her international debut in the Église de la Madeleine in Paris with the Calgary Youth Orchestra on tour in France to celebrate the 150th anniversary of Claude Debussy’s birth.

Phoebe has been privileged to participate in summer festivals such as the Aspen Summer Music Festival, NYO Canada, and Ticino Musica. She has been fortunate to study privately and in masterclasses in the US, Canada, Switzerland, and Germany, with internationally acclaimed harpists Nancy Allen, Fabrice Pierre, Susann McDonald, Marie-Pierre Langlamet, Anneleen Lenearts, Emmanuel Ceysson, Mariko Anraku, Heidi Krutzen, Natalia Shamayeva, Alice Giles, and Sivan Magen.

Phoebe holds a Bachelor of Music degree and an Artist Diploma from The Glenn Gould School of The Royal Conservatory of Music, where she studied with Judy Loman.