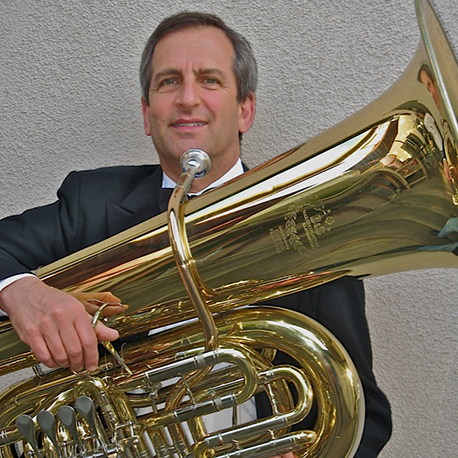 Peter Wahrhaftig is the principal tubaist of the San Francisco Ballet Orchestra as well as with the Sun Valley Music Festival and the San Francisco Contemporary Music Players. He is a founding member of the Bay Brass, which commissions, performs and records large-scale brass masterpieces.  He has performed with the San Francisco Symphony and the San Francisco Opera, Chicago Symphony, Israel Philharmonic, St. Louis Symphony, and throughout the Bay Area. Additionally, he is an active recording musician, having appeared in numerous movie and video game soundtracks. He is active as a teacher, a chamber musician, and has been seen using a cimbasso (don’t ask!).  Last summer Peter performed the first movement of David Carlson’s Tuba Concerto during the In Focus Series at the Sun Valley Music Festival.

Peter and his wife Rena have enjoyed coming to Sun Valley since before their two daughters were born.  The four of them thoroughly enjoy the natural offerings of the area, and are constantly looking for the next, perfect hiking trail.