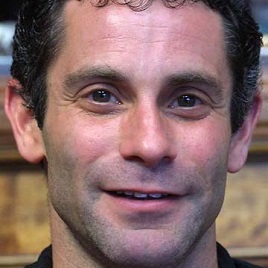 Peter Grunberg, a native of Sydney, Australia, has distinguished himself internationally as a solo and collaborative pianist, conductor, and musical authority for almost 30 years. Receiving early musical training and professional experience in London, he was named Head Coach and Assistant Conductor of the Grand Theatre de Geneve at the age of 21. He later occupied the position of Resident Conductor of the Sydney Symphony and was subsequently named Head of Music Staff and Assistant Conductor at San Francisco Opera, a position he held for eight years.

He maintains his relationship with San Francisco Opera as vocal coach for the prestigious Merola and Adler Young Artist Programs. He has conducted at the Grand Theatre de Geneve, the Sydney Opera House, the New World Symphony, the Pacific Music Festival in Sapporo, Japan, the Western Australian Symphony in Perth, the Moscow Conservatory, UCLA, Yale University, and the Eastman School of Music, among others, and has appeared in recital with many renowned artists, including Thomas Hampson, *** Frederica von Stade ***, Joshua Bell and Laura Claycomb.

Peter was a scholarship winner in mathematics at Trinity College, Cambridge.