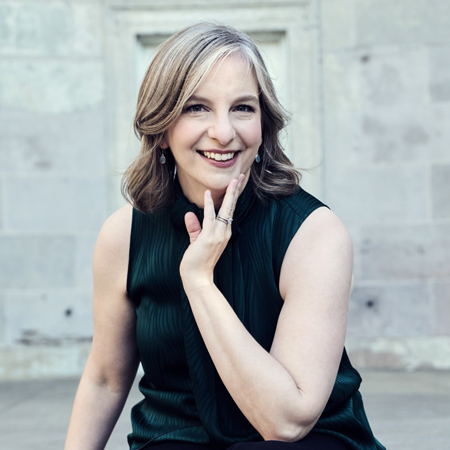 A consummate musician recognized for her grace, subtlety, and brilliance, Orli Shaham has established an impressive international reputation as one of today’s most gifted pianists, in demand for her prodigious skills and admired for her interpretations of both standard and modern repertoire. She has performed with most major orchestras in the United States and with many ensembles across five continents, given recitals on stages from Carnegie Hall to the Sydney Opera House, and appeared at music festivals around the world.

Highlights of Ms. Shaham’s 2022-23 season include the world premiere of a concerto written for her by David Robertson with the Orlando Philharmonic; the concerto Must the Devil Have All the Good Tunes? by John Adams with the Finnish Radio Symphony; and Beethoven’s “Triple” Concerto with Pacific Symphony. She is the first Artist-In-Residence at Vancouver Symphony (USA), performing Schumann’s Piano Concerto and curating and performing in chamber music concerts with members of the Vancouver Symphony orchestra.

Ms. Shaham continues to serve as the Artistic Director, host, and featured performer for Pacific Symphony’s chamber music series in Costa Mesa, California, a position she has held since 2007. She is also Artistic Director for the interactive children’s concert series, Orli Shaham’s Bach Yard, which she founded in 2010. Their 2022-23 season will take place in New York City.

As part of her multi-disc Mozart recording project, Ms. Shaham released Volume 2 and 3 of the complete piano sonatas by Mozart in 2022; the remaining volumes will be released in 2023. Volume 1 of the piano sonatas and a recording of Mozart’s Piano Concertos K.453 and K.491 with the St. Louis Symphony Orchestra are already available. Her discography includes a dozen titles on Deutsche Gramophone, Sony, Canary Classics, and other labels.

Ms. Shaham is on The Juilliard School’s faculty and served on the juries of both the Cliburn and Honens International Piano Competitions in 2022. She is a major presence on public radio broadcasts nationwide: as Co-Host and Creative for NPR’s From the Top, host of America’s Music Festivals, and host and creator of the radio feature Dial-a-Musician.

In addition to her musical education at the Juilliard School, Ms. Shaham holds a bachelor’s degree in history from Columbia University and pursued a master’s degree in musicology from Columbia. She is winner of the Gilmore Young Artist Award and the Avery Fisher Career Grant, and is a member of the board of trustees of Kaufman Music Center, serving as chair of the board through 2023.

Ms. Shaham has been a Steinway Artist since 2003.