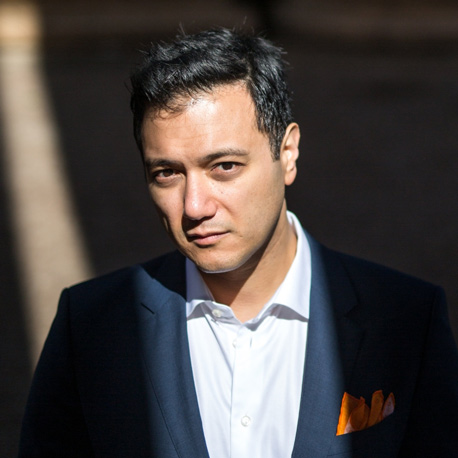 “…the singer’s ability to evince the bittersweet essence of each song was remarkable, as was his effortless projection in the exposed, upper register moments…”.

Described by the Boston Globe as “one of the world’s most remarkable singers,” American tenor Nicholas Phan is increasingly recognized as an artist of distinction. An artist with an incredibly diverse repertoire that spans nearly 500 years of music, he performs regularly with the world’s leading orchestras and opera companies. Mr. Phan is also an avid recitalist and a passionate advocate for art song and vocal chamber music; in 2010, he co-founded Collaborative Arts Institute of Chicago, an organization devoted to promoting this underserved repertoire.

A celebrated recording artist, Mr. Phan’s most recent album, Clairières, a recording of songs by Lili and Nadia Boulanger, was nominated for the 2020 Grammy Award for Best Classical Solo Vocal Album. His album, Gods and Monsters, was nominated for the same award in 2017. He remains the first and only singer of Asian descent to be nominated in the history of the category, which has been awarded by the Recording Academy since 1959. Mr. Phan’s growing discography also includes a Grammy-nominated recording of Stravinsky’s Pulcinella with Pierre Boulez and the Chicago Symphony, as well as the world premiere recording of Elliott Carter’s A Sunbeam’s Architecture.

Sought after as a curator and programmer, in addition to his work as artistic director of Collaborative Arts Institute of Chicago, Mr. Phan has also created programs for broadcast on WFMT (Chicago) and WQXR (New York) and served as guest curator for projects with the Philadelphia Chamber Music Society, Merola Opera, and San Francisco Performances, where he served as the vocal artist-in-residence from 2014-2018. His programs often examine themes of identity, highlight unfairly underrepresented voices from history, and strive to underline the relevance of music from all periods to the currents of the present day.