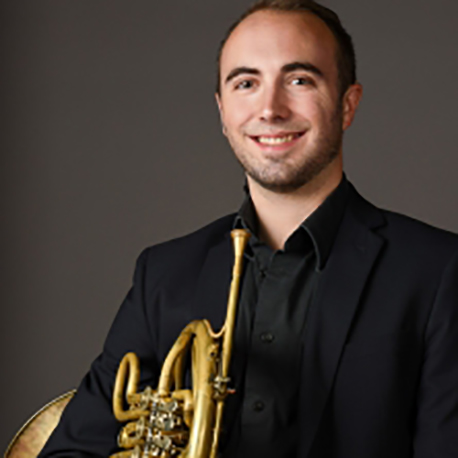 In the spring of 2012, Nicholas was invited to perform at the Kennedy Center in Washington DC as part of their ongoing Conservatory Project. He was a 2011 and 2012 Tanglewood Music Center fellow, a 2010 National Repertory Orchestra fellow, and in 2009 was invited to Quebec to record the complete Beethoven symphonies with l’Orchestra de la Francophonie Canadienne, which is available on the Analekta label. He is a graduate of Rice University’s Shepherd School of Music in Houston, where he studied with Houston Symphony principal horn William VerMeulen.