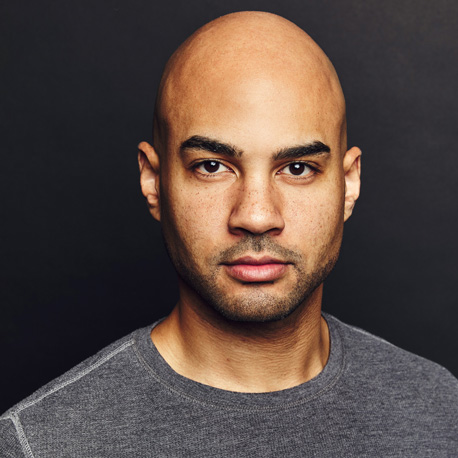 Born in Bermuda and raised in Boston, Nicholas Christopher recently moved to Los Angeles to star as Aaron Burr in Hamilton at the Pantages Theatre. For the past 12 years, he has been a staple of the New York Broadway community, performing in musicals, plays, and works by Shakespeare. He has appeared in many prominent theater productions, including Miss Saigon, Motown: The Musical, Lazarus (with David Bowie), Shakespeare in the park, Hurt Village (Katori Hall), and Rent. His professional debut was starring alongside Lin Manuel Miranda as Benny in In the Heights Puerto Rico.

Mr. Christopher studied at the Juilliard School and The Boston Conservatory, where he cultivated his unique range as both an actor and a singer. He also appears on television, in roles on CBS’s All Rise and United States of Al and FX’s Sex & Drugs & Rock & Roll.