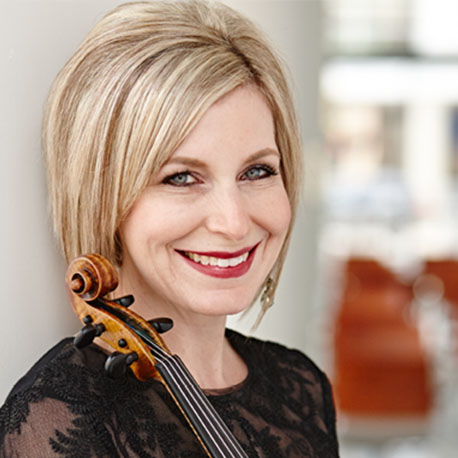 Milana Elise Reiche is a member of the Minnesota Orchestra and has served as Concertmaster of the Bloomington Symphony Orchestra and New World Symphony in Miami Beach. She regularly participates in chamber orchestras and music festivals throughout the country and has appeared as soloist with major orchestras across the United States. Originally from Louisville, Kentucky, she earned a Bachelor of Music degree from the University of Minnesota and a Master of Music from Yale University.