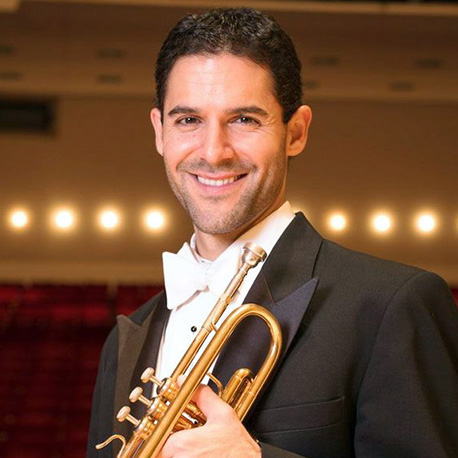 Michael Tiscione, originally of Monroe, NY, joined the trumpet section of the Atlanta Symphony Orchestra during the 2002-2003 season.  He left the ASO to join the San Francisco Symphony as second trumpet for the 2010-2011 season and has since returned to the ASO, where he is currently Second and Acting Associate Principal Trumpet.

Mr. Tiscione has traveled across the US to perform with many notable ensembles, including the Chicago Symphony Orchestra, New York Philharmonic, Philadelphia Orchestra, Toronto Symphony, Utah Symphony, Indianapolis Symphony, and IRIS Chamber Orchestra.  During the summer months he serves as second trumpet with both the Sun Valley Music Festival and the Bellingham Music Festival Orchestra.  In 2015, he began performing as principal trumpet with Festival Mozaic in San Luis Obispo, CA and in the section at the Strings Festival in Steamboat Springs, CO.

Recent solo engagements have included appearances with the United States Military Academy at West Point, the Georgia Philharmonic, and with the Georgia Brass Band at the 2012 International Trumpet Guild Conference.  An avid chamber musician, Mr. Tiscione has been a member of the Atlanta Symphony Brass Quintet since 2005.  He  performs and records with the Burning River Brass, has recently toured China with the Chicago Symphony Brass Quintet, and performs regularly with the Atlanta Chamber Players as well as at the Amelia Island Chamber Music Festival. He is currently an adjunct faculty member at Kennesaw State University following temporary appointments at the University of Georgia and Georgia State University.  Mr. Tiscione is married to the principal oboe of the ASO, Elizabeth Koch Tiscione.