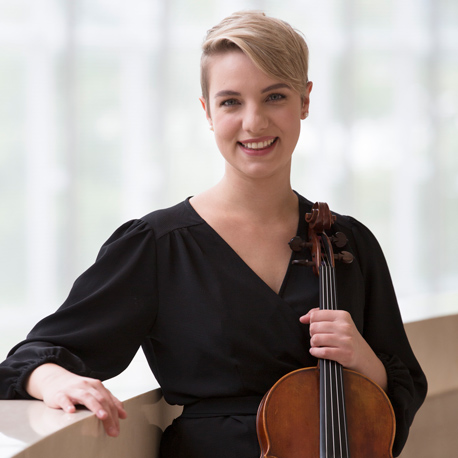 Meredith Kufchak joined the Dallas Symphony Orchestra as principal viola at the start of the 2019-20 season. Prior to her move to Dallas, she spent one season as a member of the Pittsburgh Symphony Orchestra. Born into a talented musical family, Kufchak grew up in Columbus, Ohio as the youngest of six musicians. She completed her undergraduate studies in viola performance at Rice University, where she studied with Ivo-Jan van der Werff at the Shepherd School of Music. Kufchak received her master’s degree in chamber music performance from the San Francisco Conservatory of Music, where she studied with Jodi Levitz. She also holds an artist diploma from the San Francisco Academy Orchestra, where she studied with San Francisco Symphony violist Matthew Young. While living in the Bay Area, she held positions with the Fresno Philharmonic as principal viola, the Santa Rosa Symphony, and performed frequently with the San Francisco Symphony. Kufchak has made appearances at festivals such as Yellow Barn, Olympic Music Festival, and Tanglewood Music Center.