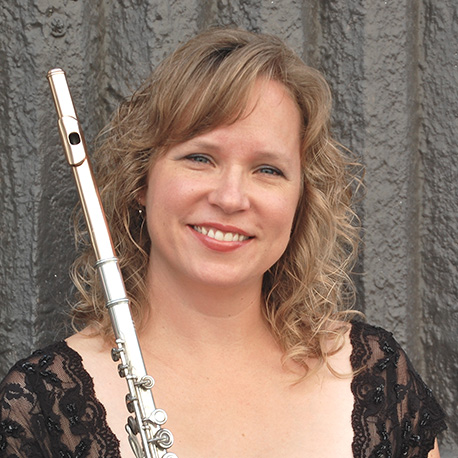 Melanie Keller is Principal Flutist & Personnel Manager of the Vallejo Symphony Orchestra and Symphony Napa Valley and has also performed with many other orchestras in the San Francisco Bay Area. In addition, Mrs. Keller has enjoyed performing with the Boise Philharmonic.

She has been a featured soloist with the Vallejo Symphony Orchestra and is a founding member of The Avenue Winds, a Bay-Area based woodwind quintet that maintains a special interest in performing works by living Bay Area composers.

A passionate educator, Mrs. Keller serves as Adjunct Flute Faculty at the College of Idaho and is the flute instructor at the Dunkley School of Music.  Mrs. Keller has also enjoyed working with young musicians as a coach for the Boise Philharmonic Youth Orchestra and the Peninsula Youth Orchestra (CA).

Mrs. Keller resides in beautiful Boise, ID and loves spending time with her husband Blaise and their sons, Owen & Jacob.