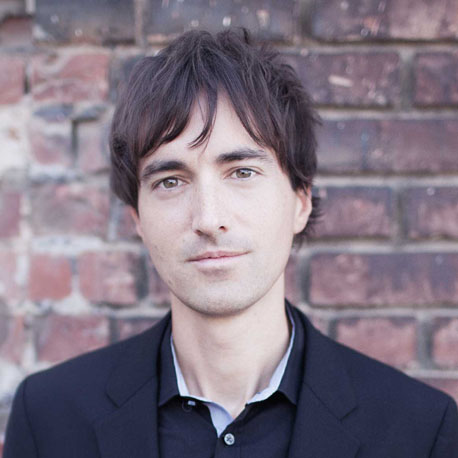 Lauded by legendary conductors such as Michael Tilson Thomas and Leonard Slatkin, Mason Bates was named the 2018 Composer of the Year by Musical America. His symphonic music is the first to receive widespread acceptance for its unique integration of electronic sounds. His opera, The (R)evolution of Steve Jobs, was hailed as one of the best-selling productions in the history of Santa Fe Opera and recently won the Grammy for Best Opera Recording. As a composer, curator, and DJ, Mr. Bates is an advocate for bringing new music to new spaces. His club/classical project Mercury Soul transforms commercial clubs into hybrid musical events.

The 2018-19 season features the premiere of two symphonic works. The Pittsburgh Symphony Orchestra opened its season with Resurrexit, which animates a biblical narrative with propulsion and theatricality. The National Symphony Orchestra premiered Art of War, which features original field recordings of weapons testing at Camp Pendleton and printing presses at the U.S. Treasury.

Working in clubs under the name DJ Masonic, Mr. Bates has developed a post-classical rave that integrates classical music and electronica. He serves on the faculty of the San Francisco Conservatory of Music, which offers both traditional compositional training and instruction in music technology.