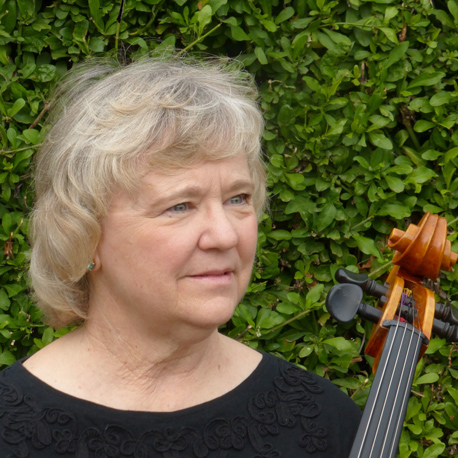 Born in Virginia and raised in South Carolina, cellist Margaret Tait joined the San Francisco Symphony in 1974. Her studies were at the North Carolina School of the Arts, the University of Southern California, and the San Francisco Conservatory of Music, and she holds a Bachelor’s and Master’s degree in Music. Although she has been engaged throughout her career as an orchestral musician, she has a deep love for chamber music. In 1979 she helped to found the Aurora String Quartet which was a vital force on the chamber music scene for 22 years. With the Quartet, she performed in London, New York, Tokyo, and maintained a series of compelling concerts in the Bay Area. The Aurora Quartet received two commissioning grants from Chamber Music America and did West Coast premieres of works by George Tsontakis, George Perle, Benjamin Lees, David MacBride, and others. They also performed as concerto soloists with the San Francisco Symphony.  On the Naxos label, the Quartet recorded the complete Quartets by Mendelssohn and the two Quartets by Prokofieff.

As a recitalist, she has performed Beethoven’s complete works for cello and piano with William Corbett Jones. They have also presented programs containing a wide range of repertoire. Tait is a frequent performer on the Davies Hall Chamber series, sponsored by the San Francisco Symphony.