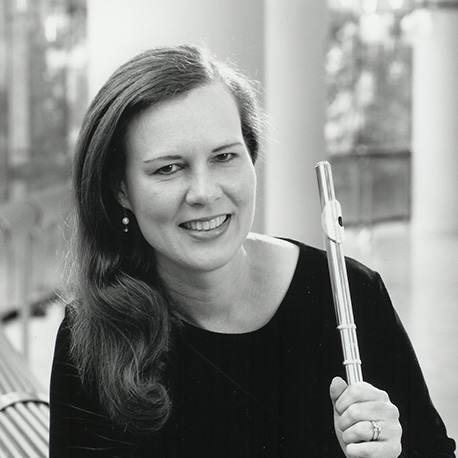 Linda Lukas joined the San Francisco Symphony as Second Flutist in 1990 and was Acting Associate Principal Flute for the 2004 and 2005 seasons.  This will be her twentieth season as Principal Flute of the Sun Valley Music Festival where she has also been a frequent soloist and performer of chamber music.   Previously, she was a member of the San Diego Symphony and has also performed with the California Ballet Orchestra, San Diego Opera Orchestra, and as Principal Flute of the San Diego Chamber Orchestra.  She has appeared as a chamber musician at the San Luis Obispo Mozart Festival and the La Jolla Summerfest, and as a soloist at National Flute Conventions in San Diego, Los Angeles, and St. Louis.

A native of Delaware, Ohio, Linda began her training at Ohio University and received her master’s degree from the University of Iowa.  In 1980, she was awarded a United States Foundation Grant and spent a two-year residency studying and performing in Paris, France.  Upon returning from France, she began work towards a Doctoral Degree at Northwestern University and performed with the Civic Orchestra of Chicago.

Ms. Lukas has been Instructor of Flute at San Francisco State University since 1991 and for ten years was a member of the Arioso Wind Quintet, which has recorded two CD’s on the Koch International label.  The most recent CD of music by Samuel Barber includes the Summer Music and the Capricorn Concerto, which features Ms. Lukas as soloist.