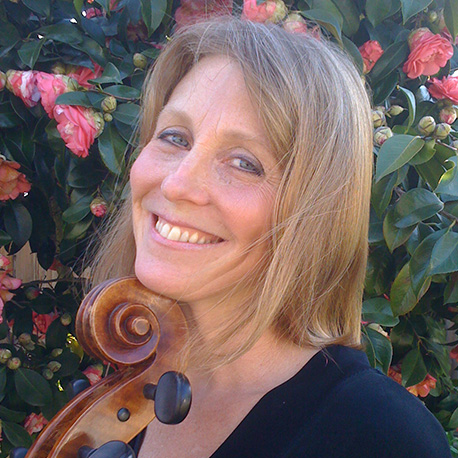 Lena Bonhorst Andaya is a native of Portland. After undergraduate studies at Portland State University with Hamilton Cheifetz, she received degrees from the San Francisco Conservatory of Music in cello performance, studying with Irene Sharp. She has attended many music festivals, including Aspen, Colorado Music Festival, Banff, L.A. Institute, and Bowdoin. She was a member of the Sacramento Symphony for many years and has played with Honolulu, Modest, and Vallejo (as principal), and has soloed with Sacramento, Vallejo, and Camellia Symphonies. An active chamber music performer, she has participated in Chamber Music Northwest, Old First Church Concerts (SF), Chamber Music West, and the Sun Valley chamber music series. Currently Ms. Andaya is principal cellist of the Sacramento Opera and Choral Society as well as the Napa Valley Symphony and plays in the Sacramento Philharmonic. She has a studio of forty students, cello and piano.