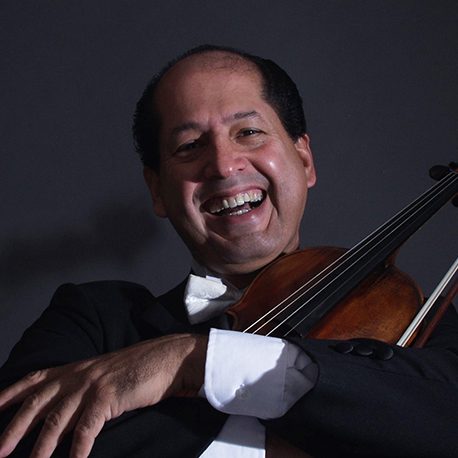 Joen Vasquez, the only violist ever to win the “Artists International” competition in New York, recently became the only musician to twice win Pittsburgh’s coveted Passamaneck Award. He has performed in recital on the Y series at Carnegie Music Hall in Pittsburgh.

Mr. Vasquez has performed as soloist with many orchestras in the Americas, including the Pittsburgh Symphony Orchestra, the Windsor, Ontario Orchestra, the Venezuela Symphony, the Bogota Philharmonic in Colombia, the Sodre Orchestra in Uruguay, the Carcas Filarmonica in Puerto Rico and Dominican Republic, Solistas De Venezuela in the 1985 Casals Festival in Prades, France, and the Maracaibo Symphony in the Kennedy Center and Victoria, Canada. Additionally, he has premiered many Concertos written for him including the Penderecki Viola Concerto in 1983.