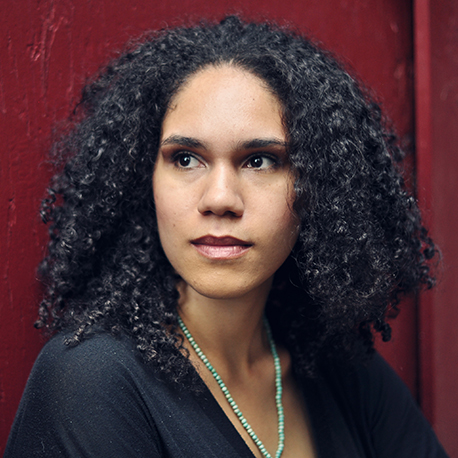 Jessie Montgomery is an acclaimed composer, violinist, and educator. She is the recipient of the ASCAP Foundation Leonard Bernstein Award and the Sphinx Medal of Excellence, and her works are performed frequently by leading musicians and ensembles. Her music interweaves classical music with elements of vernacular music, improvisation, poetry, and social consciousness, making her an acute interpreter of 21st-century American sound and experience.

Ms. Montgomery was born and raised in Manhattan’s Lower East Side in the 1980s during a time when the neighborhood was at a major turning point in its history. Artists gravitated to the hotbed of artistic experimentation and community development. Her parents—her father a musician, her mother a theater artist and storyteller—were engaged in the activities of the neighborhood and regularly brought her to rallies, performances, and parties where neighbors, activists, and artists gathered to celebrate and support the movements of the time. It is from this unique experience that she has created a life that merges composing, performance, education, and advocacy.

Since 1999, Ms. Montgomery has been affiliated with the Sphinx Organization, which supports young African-American and Latinx string players. She currently serves as composer-in-residence for the Sphinx Virtuosi, their organization’s flagship professional-touring ensemble. She was a two-time laureate of the annual Sphinx Competition herself, and  has received additional grants and awards from the ASCAP Foundation, Chamber Music America, American Composers Orchestra, the Joyce Foundation, and the Sorel Organization.

The New York Philharmonic has selected Jessie as a featured composer for their Project 19, which marks the centennial of the ratification of the 19th Amendment. Other works include a nonet inspired by the Great Migration, told from the perspective of Montgomery’s great-grandfather William McCauley and to be performed by Imani Winds and the Catalyst Quartet; a cello concerto for Thomas Mesa jointly commissioned by Carnegie Hall, New World Symphony, and the Sphinx Organization; and a new orchestral work for the National Symphony.