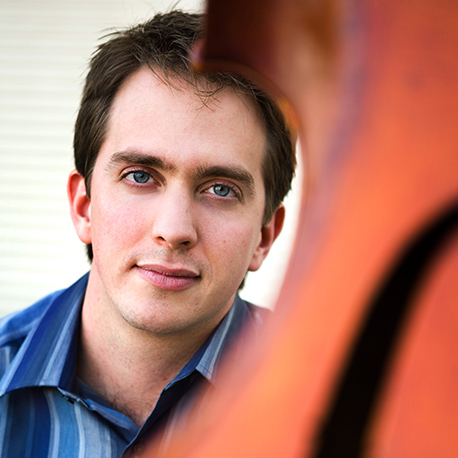 San Diego Symphony Principal Bassist Jeremy Kurtz-Harris is a musician who loves performing in a variety of settings. In addition to performing with the San Diego Symphony and San Diego Opera, he also was Acting Associate Principal Bass with San Francisco Symphony for the 2015-16 season while on sabbatical from San Diego. He has also played guest principal bass with the Australian Chamber Orchestra and the Saint Paul Chamber Orchestra.

While many classical bassists focus entirely on orchestral performance, Kurtz-Harris has always been an avid proponent of the double bass as a solo instrument. He is the winner of several solo competitions, regularly performs solo recitals, and recorded a CD, Sonatas and Meditations, which featured his long-time collaborator, Ines Irawati. He regularly works with composers and has commissioned multiple works for the instrument.

In addition to his work as a performer, Kurtz-Harris is an active pedagogue. He has been the classical bass teacher at San Diego State University since 2006, and has taught master classes in the U.S., Mexico, and Australia.