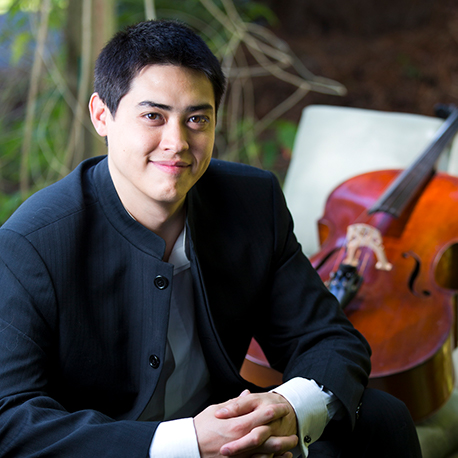 As a cellist Jeremiah Shaw has performed throughout Asia, Europe, and the U.S. with various symphonies, chamber orchestras, and ensembles. Eight months after founding the Telegraph Quartet, they won the Gold Medal and Grand Prize at the 2014 Fischoff National Chamber Music Competition, and most recently won the 2016 Walter W. Naumburg Chamber Music Competition, which includes a commissioned work to be premiered at Carnegie Hall in 2018 by Robert Sirota presented by the Naumburg Foundation.

In 2016, Telegraph Quartet was the only American string quartet selected to participate in the biennial Journée d’audition de quatuors à cordes at the Philharmonie De Paris, which purpose was to expose 15 young international quartets to important concert presenters and directors of venues across Europe. In 2017 the Telegraph Quartet will release their debut album with Grammy Award winning engineer and producer Jesse Lewis, which includes Leon Kirchner’s 1st String Quartet and Anton Webern’s Fünf Sätze.  In addition to recording and touring the Telegraph Quartet commissioned John Harbison’s 6th String Quartet with a consortium including the Lark Quartet, Ariel Quartet, and Tanglewood Music Center and will have the privilege of presenting the west coast and Asia premieres in 2017.

As an avid chamber musician, Jeremiah spent multiple summers at Kneisel Hall in ME, and had the privilege of working with members of the most prestigious and influential string quartets of America including the Audubon, Cleveland, Juilliard, and Concord string quartets. He has performed at festivals such as the Mainly Mozart Music Festival in CA, Gretna Music Festival in PA, Music at the Gardner in MA, LyricaFest in MA, Steans Institute at Ravinia Music Festival in IL, the Festival dei Due Mondi in Spoleto, Italy, Emilio Romagna Festival in Italy, Chautauqua Music Festival in NY, and he has been a member of the cello section of the Sun Valley Summer Symphony in ID since 2005.

During his fellowship at New World Symphony in Miami Beach FL, Jeremiah performed the Shostakovich Cello Concerto no. 1 with Alasdair Neale as winner of the annual concerto competition. Jeremiah holds performance degrees from the Cleveland Institute of Music and the Juilliard School, as well as a bachelor degree in Music Production and Recording Technology from Shenandoah University. He had the unique opportunity of interning for the Grammy Award Winning classical music label Sono Luminus, while attaining an audio engineering and music production undergraduate degree. His principal cello teachers were Richard Aaron and Joel Krosnick.