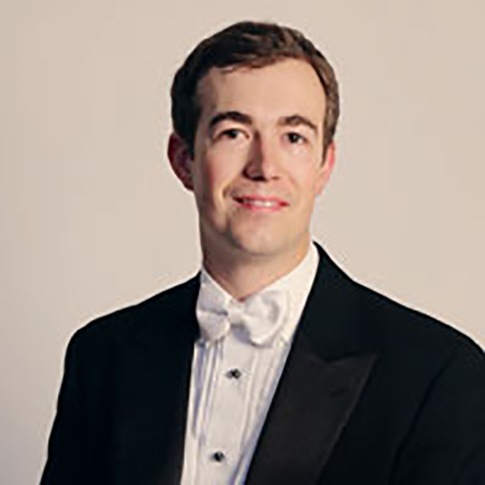 James (Jay) Ritchie joined the Detroit Symphony Orchestra in 2016 as Assistant Principal Timpanist and Section Percussionist. Prior to this appointment, he was a regular extra with the Cleveland Orchestra, Principal Timpanist of the Blossom Festival Orchestra and performed frequently with other groups in the Cleveland area. Jay has also appeared with the Minnesota Orchestra, the National Symphony Orchestra, Ottawa’s National Arts Centre Orchestra, the Malaysian Philharmonic, and the Buffalo Philharmonic.

Jay has participated in a variety of summer festivals, including a Principal Timpanist appointment with the National Repertory Orchestra, as well as the Tanglewood Music Center, the Pacific Music Festival, and the Britten-Pears Orchestra.

A native of Blacksburg, Virginia, Jay began studying piano at age 8 and percussion at age 11. He received his Bachelor of Music from Manhattan School of Music, where he studied with Duncan Patton, Chris Lamb, and She-e Wu, and completed his Master of Music at the Cleveland Institute of Music as a student of Paul Yancich and Marc Damoulakis. Jay is an endorser and clinician for Remo drumheads.