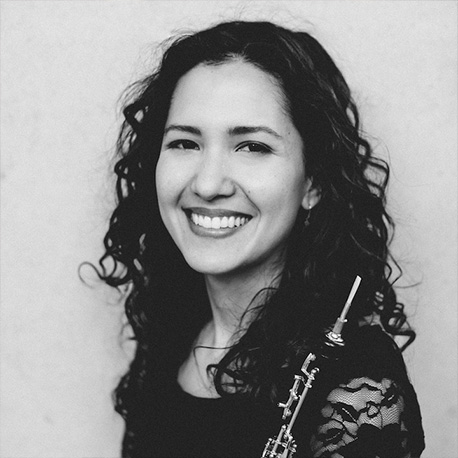 Ms. Ford received her Masters degree from Rice University as a student of Robert Atherholt, and her BM Oboe Performance and BA Psychology at Southern Methodist University as a student of Erin Hannigan.  She is a native of Ft. Worth, TX where she studied with oboist Jane Owen. Ms. Ford’s album, Encounters, will be released in 2019 by the University of Texas at Arlington, where she serves as Adjunct Professor of Oboe.