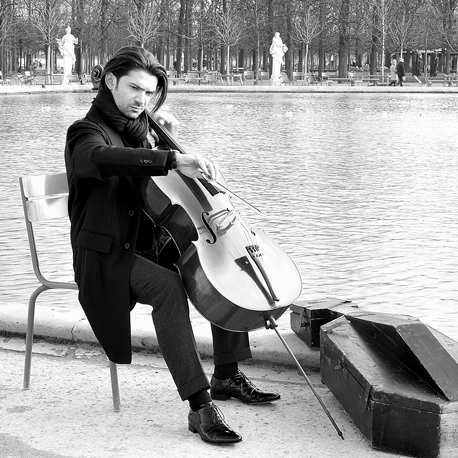 Internationally acclaimed for his expressive musicality, exuberant virtuosity, and for the deep sonority of his 1701 Matteo Goffriller cello, Gautier Capuçon performs each season with many of the world’s foremost conductors and instrumentalists.

During the Summer Concert Series, he will reunite with fellow musician, pianist Jean -Yves Thibaudet. This season, the duo will premiere Eros Athanatos, a concerto written expressly for them. They will perform the piece with the symphony orchestras of West Australia, Antwerp, and Orchestra Philharmonique de Radio France. Mr. Capuçon is also the artist-in-residence with Orquesta de Valencia in Valencia, Spain.

Elsewhere, he performs as soloist with the philharmonic orchestras of New York, Los Angeles, Munich and the Czech Republic, the symphony orchestras of Chicago and Sydney, and various chamber orchestras in Europe. As a chamber musician, he performs with Lisa Batiashvili and Jean-Yves Thibaudet in an extensive European tour, and appears with recital partners Frank Braley, Gabriela Montero, Jean-Yves Thibaudet, and Yuja Wang in venues such as Carnegie Hall, Walt Disney Hall, Aix en Provence, and the Musikverein.

Mr. Capuçon is also founder and leader of the ‘Classe d’Excellence de Violoncelle’ at the Fondation Louis Vuitton in Paris. Under his direction, six young cellists meet monthly from October through June for working sessions of three to four days. This year, they will collaborate with the orchestra of the National Conservatory of Music and Dance of Paris.

As a recording artist, Mr. Capuçon has won multiple awards. His extensive discography includes the 2018 release of Intuition, recorded with the Paris Chamber Orchestra. His disc of Schumann works was released in January of 2019. He has also recorded the complete Beethoven Sonatas with pianist Frank Braley.

Mr. Capuçon hails from Chambery in southeast France and began playing the cello at the age of five. He studied at the Conservatoire National Superieur in Paris with Philippe Muller and Annie Cochet-Zakine, and later with Heinrich Schiff in Vienna.