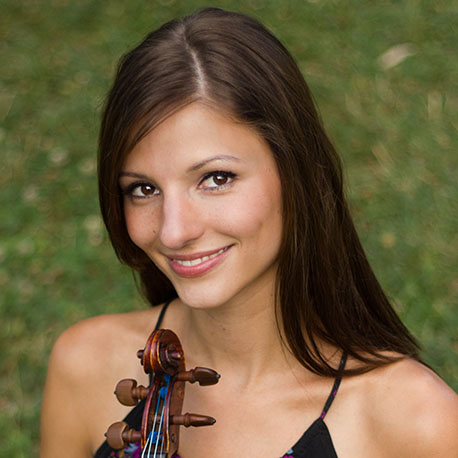 Erin Schreiber has studied the violin since age four. She has appeared in recitals throughout the U.S., as well as in London, Sweden, and most recently Neuenkirchen, Germany. She has also appeared as soloist with the Richardson, Gateway, and Alton Symphony orchestras, and has performed for such dignitaries as Colin Powell and former President Jimmy Carter. Schreiber has won the Lennox Young Artist’s Competition, the St. Louis Italian American Federation Young Artists Competition, the pre-college strings division of the Corpus Christi International Young Artists Competition, and the Junior division of the Kingsville International Competition. She has twice been the recipient of the prestigious Buder Foundation Music Grant, as well as three-time recipient of the Anita Crane Music Scholarship. Past teachers have included Roland and Almita Vamos, Elisa Barston, and Robert Lipsett. Erin Schreiber studied with Joseph Silverstein and Pamela Frank at the Curtis Institute of Music in Philadelphia. She assumed the duties of St. Louis Symphony Assistant Concertmaster in September 2008.