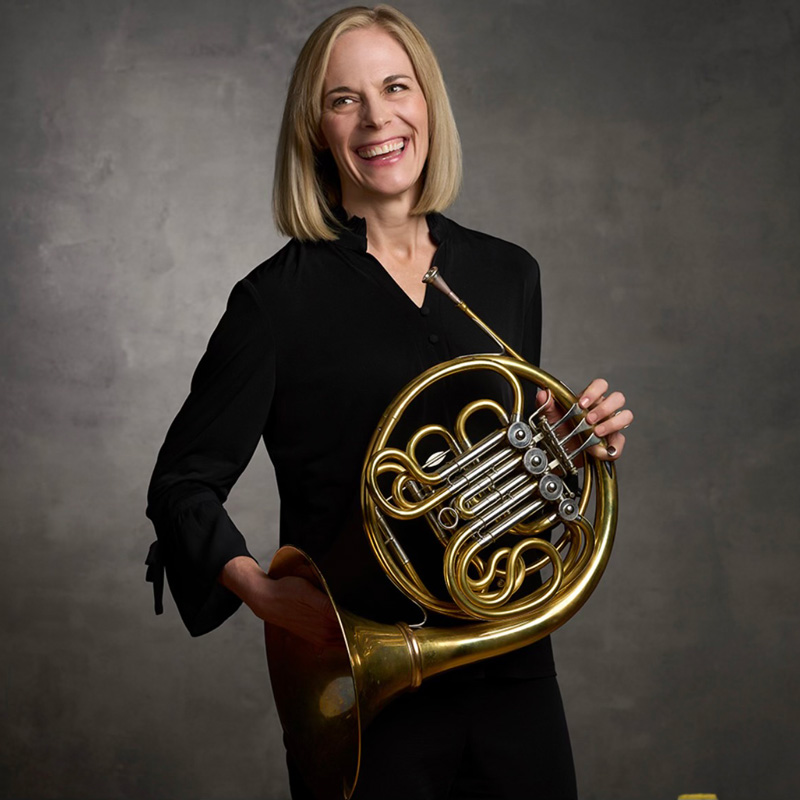 As a chamber musician, Elizabeth is an active member in concert: nova, a Cincinnati-based chamber ensemble. She has also been a member of the Chamber Music Society of Kansas City, the Principal Horn of the Kansas City Chamber Orchestra and has performed with the Burning River Brass chamber ensemble. Elizabeth is a graduate and recipient of the coveted Performer’s Certificate of the Eastman School of Music (BM) and a graduate of Rice University Shepherd School of Music (MM).