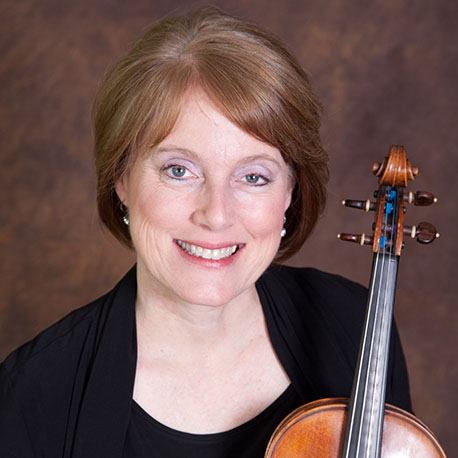 Violinist Cynthia Bowermaster was born and raised in Southern California. She was a member of the Honolulu Symphony and Galliard String Quartet before moving to St. Louis, Missouri.

Currently she performs with the Metropolitan Orchestra of St. Louis, the Salem-St. Louis Chamber Orchestra, the Illinois Symphony, the Bach Society of St. Louis and on the American Kantorei “Bach at the Sem” series. She has also performed and toured with the St. Louis Symphony.

She has been a guest artist at the Kapalua Chamber Music Festival on Maui and with the Strings in the Mountains festival in Steamboat Springs, Colorado.
She earned her Bachelor and Master of Music degrees from the University of Southern California in Violin Performance where she studied with Eudice Shapiro, Alice Schoenfeld and Glenn Dicterow. She was a member of the USC Graduate String Quartet as well as recipient of the USC Chamber Music Award. She has been a member of the Sun Valley Music Festival since 1996.