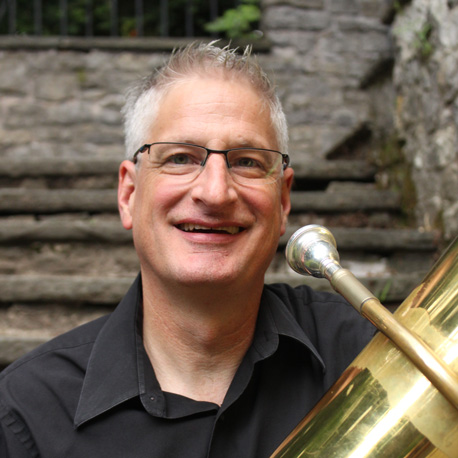 Mr. Sutherland, a native of Clarence, New York, was appointed to the position of Principal Tubist with the Rochester Philharmonic Orchestra in 2004. Prior to joining the RPO, Craig served as Tubist with the Charleston Symphony Orchestra, in Charleston, SC. Shortly after receiving his Bachelor’s degree in Music Education from the University of Michigan, Craig served as Principal Tubist with the Hofer Symphoniker and Rekkenze Brass Quintet, in Hof, Germany. Upon returning to the States, Mr. Sutherland was awarded a full-scholarship to attend The Juilliard School where he earned his Master’s degree. In addition to his tenure with the Rochester Philharmonic Orchestra, Craig has also performed with the Philadelphia Orchestra, the New York Philharmonic, among others. Mr. Sutherland has spent several summers in Santa Fe, NM as a performing member of the Santa Fe Opera Orchestra. Craig is an active committee member with the RPO, currently serving on both the
Finance and Retirement Committees. In the past he has served on the Negotiating Committee, Chair of the Orchestra Committee, and various RPO search committees. Mr. Sutherland is an active music educator in the Rochester area, currently serving as Adjunct Professor of Tuba & Euphonium at Roberts Wesleyan College. Craig is also a faculty member at the Eastman Community Music School and the RPO low brass mentor for the Rochester Philharmonic Youth Orchestra. In past summers, he has served on faculty at the New York State Summer School of the Arts in Saratoga, NY, in conjunction with performances with the Philadelphia Orchestra, and as a performing faculty member at the Brevard Music Center, in Brevard, NC.