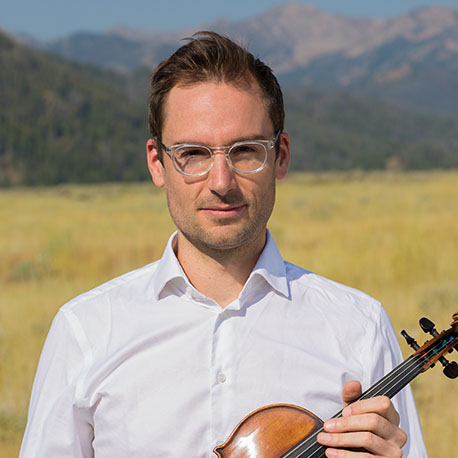 Originally from Paris, France, violinist Claude Halter moved to the United States in 2001 and has since been heard nationwide as a soloist, chamber musician and orchestral leader. Claude completed his Bachelor’s and Master’s of Music at Lawrence University and the San Francisco Conservatory of Music respectively. In January 2012, Claude joined the Utah Symphony and Opera as Principal Second Violin. He was previously Assistant Concertmaster of the Vancouver Symphony in British Columbia. When not in rehearsal, Claude enjoys hiking, skiing, mountain biking and fly-fishing in the beautiful Wasatch mountain range.