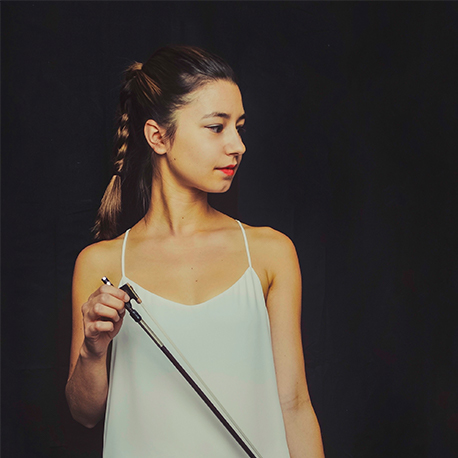 Clare Semes has been a member of the Toronto Symphony Orchestra since 2017.  She is a graduate of The Juilliard School where she studied with Donald Weilerstein, Ronald Copes, and Laurie Smukler. She is a recent alumna of the New World Symphony in Miami Beach, Florida, where she was a fellow for the 2016/17 season. In addition to serving as a concertmaster of the New World Symphony, she has served as concertmaster of The Juilliard Orchestra and the Verbier Festival Orchestra.

Clare has appeared as soloist with numerous orchestras, including the Shanghai Philharmonic Orchestra, Eastern Connecticut Symphony Orchestra, Orchestra of the Southern Finger Lakes, the Spoleto Festival Chamber Orchestra, and the Newark Symphony Orchestra, among others. Her diverse musical interests have led her to performances beyond the traditional concert hall. Highlights include performing at a New York City Fashion Week show for Chloe Sevigny’s Opening Ceremony collection and playing the US national anthem for a Mets game at Citifield.