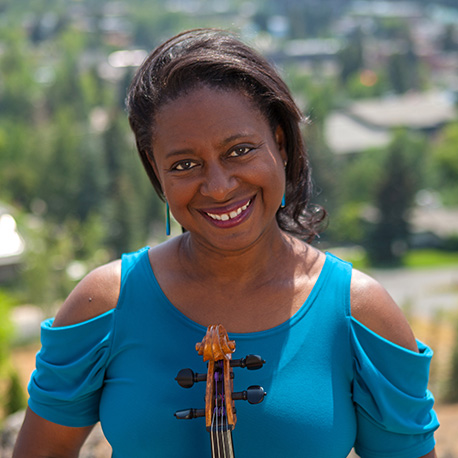 Cassandra Lynne Richburg is a founding member of the New Century Chamber Orchestra, based in San Francisco, and is an active studio musician in Los Angeles. She has performed on more than 350 motion picture soundtracks and, on many occasions, has been a member of the Academy and Emmy Awards Orchestras and the Grammy Strings.

Richburg has been a featured soloist with several orchestras, including the Lansing Symphony Orchestra, Calgary Philharmonic, Savannah Symphony, Sacramento Symphony, and the New Century Chamber Orchestra. She has held positions of Assistant and Acting Principal Violist with the Sacramento Symphony, Principal Violist with the San Francisco Chamber Orchestra, and as a member of the Lansing Symphony Orchestra. She has also played and toured with the New York Philharmonic and San Francisco Symphonies as a substitute musician and has participated in the Sun Valley Music Festival since 1998.