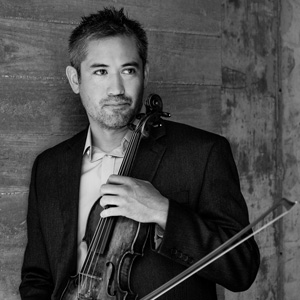 Bryan Florence, viola, began performing with the Sun Valley Music Festival in 2005. A former member of the St. Louis Symphony Orchestra, Bryan has most recently performed with the Houston and San Antonio symphonies. He has toured across the country with A Far Cry, Boston’s Grammy-nominated, self-conducted, string orchestra.

Bryan received his Master’s degree in Music Performance from the Cleveland Institute of Music as a student of Jeffrey Irvine. He also studied with Daniel Foster at the University of Maryland, and Paul Silverthorne at the Royal Academy of Music in London. Bryan was a recipient of an Orchestral Fellowship at the Aspen Music Festival and School, and has participated in the Kniesel Hall Chamber Music School, the Bowdoin International Music Festival, and the Killington Music Festival.

After receiving a Master’s degree in Statistics from the University of Houston, Bryan is enjoying spending his free time as a Data Scientist in the medical insurance industry. He grew up in Colorado and is an avid ski mountaineer.