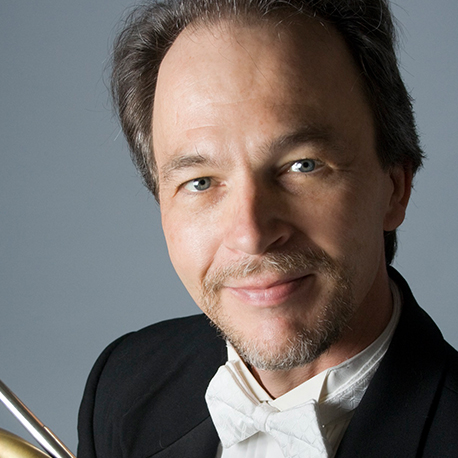 Second Horn of the Sun Valley Music Festival  since 1999, Brian Thomas is a native of Minneapolis and was influenced by his musical family and the rich artistic environment of his hometown. Both parents were cellists and his father played with the Minnesota Orchestra for 50 seasons before his recent retirement.

Brian took up the horn at an early age and was guided by mentor and teacher Dave Kamminga to Northwestern University, where he studied with Chicago Symphony hornists Norman Schweikert and Dale Clevenger. He proceeded on to positions in the orchestras of Louisville, Columbus, and Syracuse before assuming his current post as the Second Horn of the Houston Symphony in 1995.

Brian has performed with the orchestras of Minnesota, Cincinnati and San Diego and played for many years in both the Colorado Music Festival in Boulder and the Skaneateles Festival in upstate New York. He is a frequent guest artist at Rice University’s Shepherd School of Music and most recently was an Artist-in-Residence at the University of Nevada-Las Vegas. Brian has performed frequently with the Scottish band The Rogues, and has recorded 2 CDs and a live concert DVD with the group.

He is an avid road cyclist, enjoys the artistic and technical aspects of high-end audiophile equipment, nourishes his soul with Celtic music and appreciates fine meals with good friends. Brian shares his house in the suburbs of Houston with his lovely wife, Victoria, and five grateful rescue cats.