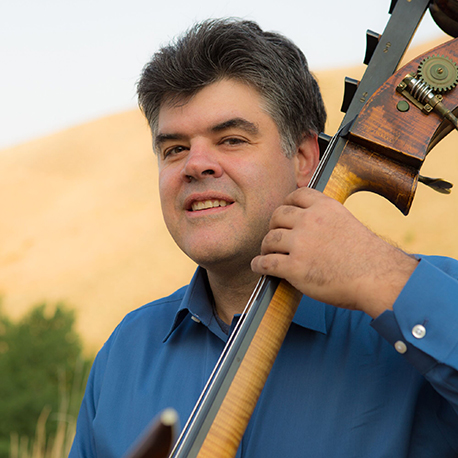 William Everett serves as principal bass of Symphony Silicon Valley, after holding the same position for San Jose Symphony since 1998.  He also spent three years as an acting member of the San Francisco Symphony, performing on numerous recordings and in halls throughout the United States and Europe. He has appeared as a free-lance musician with ensembles throughout the Bay Area, including the San Francisco Opera and the New Century Chamber Orchestra.

As a soloist, Everett has been featured at the Music in the Mountains Festival in Nevada City and Desert MusicFest in Carefree, Arizona, as well as appearing in recital in the Bay Area with his wife, pianist Aileen Chanco.  He has specialized in the music of Giovanni Bottesini, as well a pursuing a deep interest in 20th century music. He has also transcribed numerous pieces from the Romantic cello repertoire for the double bass. As a composer, he has had his music peformed by the Worn Chamber in San Francisco.

Everett received his BM degree under Homer Mensch at the Juilliard School, and also studied with Edwin Barker at Boston University. As a student, he performed as principal bass with the New York String Orchestra and the Tanglewood Music Center Orchestra, as well as at festivals in Canada, Germany, Japan and Israel. He appeared as a concerto soloist as a teenager with the Mannes Precollege Orchestra in New York. A resident of Castro Valley, Everett is an avid traveler, a fine chef, and a skilled photographer, specializing in black and white landscapes.