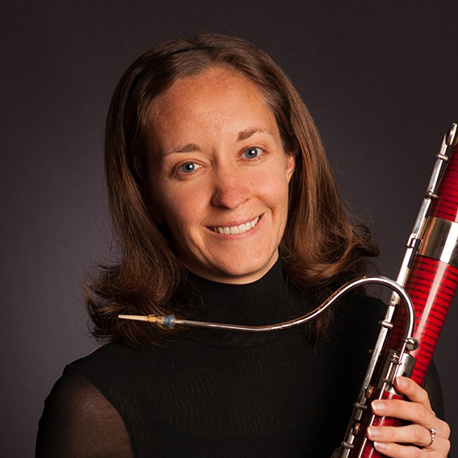 Anne Marie Power joined the Victoria Symphony in 2010 as second bassoon, and served as Acting Principal Bassoon for the orchestra’s 75th anniversary season which included a Canadian tour. Previously she has held the position of principal bassoon of the Shreveport Symphony and second bassoon in the Sarasota Opera. In the Pacific Northwest, Anne has performed with the Oregon Symphony, the Vancouver Symphony and the Astoria Music Festival. Anne studied with Benjamin Kamins at Rice University and John Clouser at the Cleveland Institute of Music. She has been a fellow at the Tanglewood Music Center and the Aspen Music Festival. A native of Santa Monica, California, Anne now lives in Victoria, British Columbia, where she enjoys training and competing in agility with her rescue dog, Daisy.