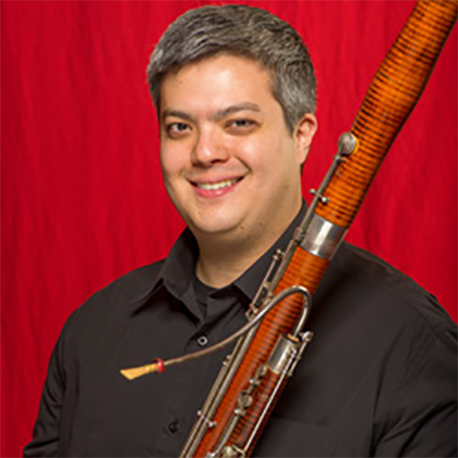 Andrew Cuneo is the Principal Bassoon with the St. Louis Symphony, a position he has held since 2011. Prior to his appointment in St. Louis, he was Principal Bassoon of the Louisville Orchestra and the Sarasota Opera. In addition, he has performed as a guest principal with the Boston Symphony Orchestra and the Baltimore Symphony Orchestra. During the summer, he is Principal Bassoon for the Sun Valley Music Festival, and in 2017, the Bellingham Festival of Music. Andrew Cuneo is a former student of Bernard Garfield and Daniel Matsukawa at the Curtis Institute of Music, George Sakakeeny at the Oberlin College Conservatory, and Benjamin Kamins at Rice University.