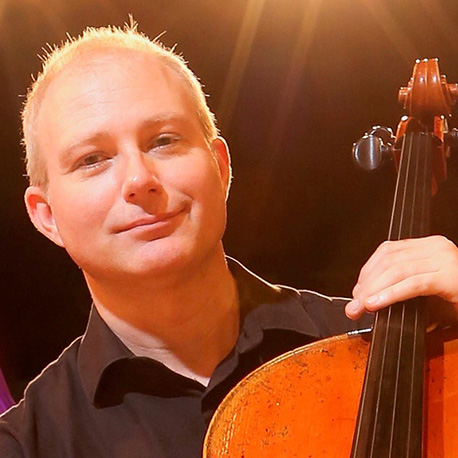 Alexander East serves as the Assistant Principal Cello of the Kansas City Symphony. In addition to duties with the Music Festival, which often include leading the section as principal for opera, ballet and chamber orchestra performances, East is also heard frequently in recitals and chamber music concerts throughout the Kansas City region and beyond. He has also performed with the Sun Valley (Idaho) Music Festival every summer since 1992.

In the Kansas City area, he has performed regularly in groups including Summerfest Chamber Music Concerts (also serving as an Artistic Advisor), the Boulevard String Quartet and newEar Contemporary Chamber Ensemble. Before settling in Kansas City, East spent two seasons as a member of the New World Symphony under the direction of conductor Michael Tilson Thomas, and he was also re-invited to coach the NWS cello section as a guest alumnus.

East received his training at Indiana University where he received a bachelor’s degree and performer diploma, and he earned his master’s degree at the New England Conservatory of Music. His teachers have included Tsuyushi Tsutsumi, Janos Starker, Laurence Lesser and Colin Carr. He performs on an English cello made ca.1800-10 by John Betts of London.