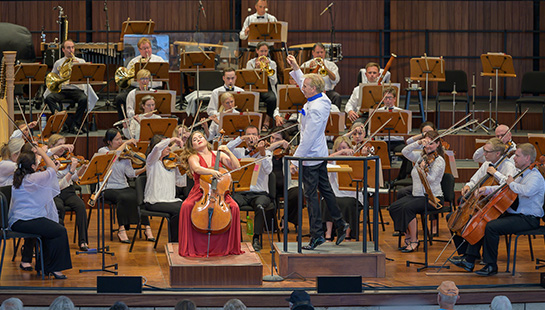 The orchestra is getting noticed!

It’s a common saying around here that the Sun Valley Music Festival is a “well-kept secret.” Well, it’s perhaps not so secret anymore. The world is taking notice. And since you are among the Festival’s fans and supporters, I thought you might enjoy reading some of what’s being written about the orchestra.

First up: freelance writer Laurence Vittes recently published an article entitled “Back to Business: Postcard from Sun Valley” in The Strad. Here’s an excerpt:

“What a band. The violins alone included concertmasters and assistant and associate principals from the San Francisco, Rochester, St. Louis, Louisville, Utah, Buffalo, and Alabama Symphonies. This meant they could put together world-class performances of complex pieces like the Mahler Fourth and Jennifer Higdon’s blue cathedral with a minimum of rehearsals. And that professionalism paid dividends in Weilerstein’s Schumann, which was deeply emotional, rhapsodic and spontaneous, to the point where any orchestra and conductor would have been tested – and yet there was not one bar when the orchestra was not with the soloist, despite only one afternoon rehearsal before the 6:30pm performance.” 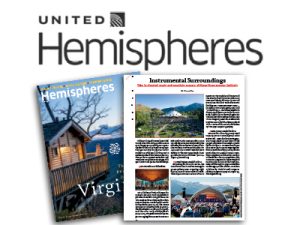 While The Strad is an industry journal, read mostly by musicians and those in the classical music business, the opposite end of the readership spectrum might be occupied by United Airlines’ in-flight magazine, Hemispheres, with a circulation of over 13 million. Here’s an excerpt from the June issue:

“Famous for attracting Hollywood royalty, Sun Valley, Idaho, is also home to the largest admission-free classical music festival in the U.S. An ensemble of more than 100 orchestra pros comes together from around the country, led by veteran music director Alasdair Neale, to perform symphony and chamber concerts at the outdoor Sun Valley Pavilion.”

In addition to these pieces, the Festival received coverage and a couple of concert reviews in a number of other journals over the last few months. Check out the Festival’s website to read more here.

Thank you for supporting the Music Festival; you are the reason the musicians love making music here every year.