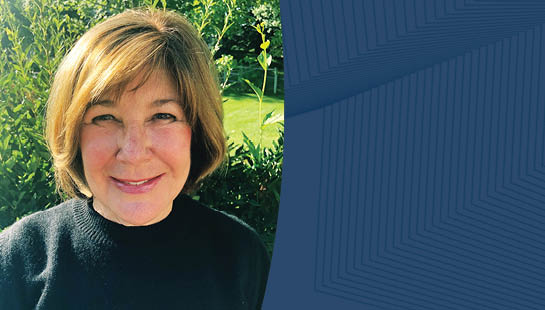 The Festival Announces New Board President

The Festival is pleased to announce the election of Judy Getto as its new Board President. Getto takes over for outgoing Board President Sue Monson, who completed her term on August 20. The Festival offers its sincere gratitude to Monson for her service and welcomes Getto into this leadership role.

“I am excited to be turning over the Presidency of this wonderful organization to an experienced, enthusiastic, and eminently capable lady! Judy Getto and her husband are great lovers of music and she has served many years as a member of the Board of Directors of the Music Academy of the West. Her familiarity with music education has served us well and we are looking forward to continuing to grow and thrive under her leadership.”

Prior to her appointment as a Festival Director, Getto worked extensively in learning and development, as a researcher and educator at all levels. She earned her BA in psychology from Cornell University before completing a Master of Arts in Psychology of Urban planning at the University of Missouri and a PhD in Educational/Developmental Psychology with the University of California. A longtime advocate for higher learning, she has served on several education and development Boards and advisory committees, including The Center for Early Education, St. James School Advisory Board, San Francisco University High School, Harvard-Westlake Parent Board, and the Marlborough School Parent Board. A philanthropist of arts and community, she has also served with the San Francisco Symphony, Music Academy of the West, San Francisco Museum of Modern Art, San Francisco Public Library, and more.

Of her election as President, Getto said:

“I am honored to follow Sue Monson as President of the Sun Valley Music Festival Board. Sue has been a pillar of strength, commitment, and good will. The Festival is an integral part of the fabric of our community, providing classical music throughout the year with the Summer and Winter Seasons, year-round music education for the children of our valley, and, as we have experienced during this unique summer, innovative, inspiring, and entertaining video programs. This is an organization that meets every challenge. I hope to do the same.”

Getto’s role as President commences as the Festival’s 36th annual Summer Season of performances comes to an end.