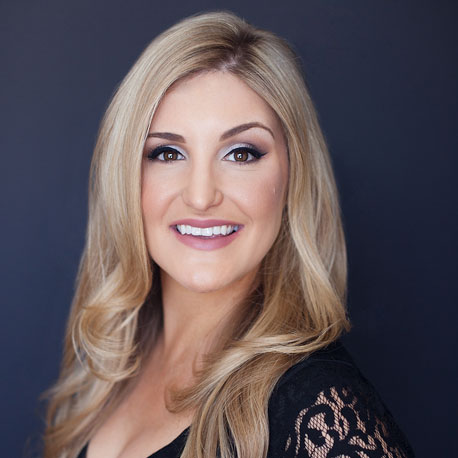 The New York Times has praised soprano Julie Adams for possessing a voice that is “rich, full, and slightly earthy in an expressive way.” She was a winner of the 2014 Metropolitan Opera National Council Auditions, the 2015 George London Award, the 2015 Elizabeth Connell prize for aspiring dramatic sopranos, and a recipient of a 2015 Sara Tucker Study Grant.

During the 2018-19 season, Ms. Adams debuted with Arizona Opera as Anna Sorensen in Silent Night by Kevin Puts, and with Des Moines Metro Opera as Mimì in La Bohème. Orchestral engagements included Beethoven’s Symphony No. 9 with the Phoenix Symphony conducted by Tito Muñoz, and a concert version of West Side Story with the Oakland Symphony.

In the 2017-18 season, Ms. Adams returned to San Francisco Opera as a guest artist in Francesca Zambello’s production of Wagner’s Der Ring des Nibelungen, singing Freia in Das Rheingold and Gerhilde in Die Walküre. Additional engagements in the 2017-18 season included her role debut as Countess in Le Nozze di Figaro at Michigan Opera Theatre, conducted by Stephen Lord, and her debut at Opera Idaho as Blanche in Previn’s A Streetcar Named Desire under the direction of Alasdair Neale.

Additional operatic highlights include appearances as Mimì in La Bohème and Anna Sørensen in Silent Night with Opera San Jose, Lia in Debussy’s L’Enfant Prodigue at the International Vocal Arts Institute in Tel Aviv, Pamina in Die Zauberflöte at the Music Academy of the West in Santa Barbara, Magnolia Hawks in Show Boat, and Rose in Street Scene with the Oakland East Bay Symphony.

A native of Burbank, California, Ms. Adams holds both Bachelor of Music and Master of Music degrees from the San Francisco Conservatory of Music.