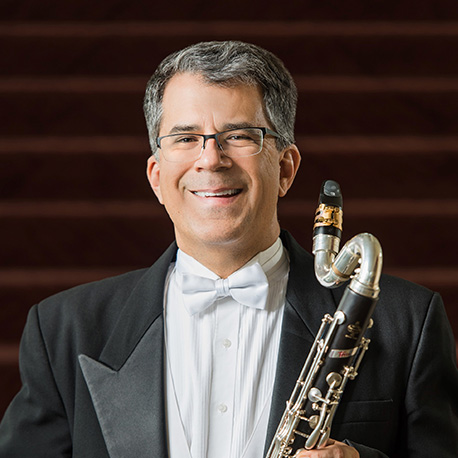 Jerome Simas holds the positions of bass and utility clarinet with the San Francisco Symphony and principal clarinet with the California Symphony. He has performed with other American orchestras including the Cleveland Orchestra, San Francisco Opera, Sun Valley Music Festival, Chautauqua Symphony Orchestra, and Naples Philharmonic of Florida. He was a fellow at the New World Symphony in Miami Beach, FL and has held principal clarinet positions with the Oakland Symphony, the IRIS orchestra, and the Akron Symphony. As a chamber musician, he studied and performed at Marlboro Music in Vermont and is currently solo clarinetist with the Left Coast Chamber Ensemble, a San Francisco-based group performing newly commissioned works alongside traditional masterworks. He won Grand Prize at the Fischoff National Chamber Music Competition and First Prize at the International Clarinet Association’s Young Artist Competition.