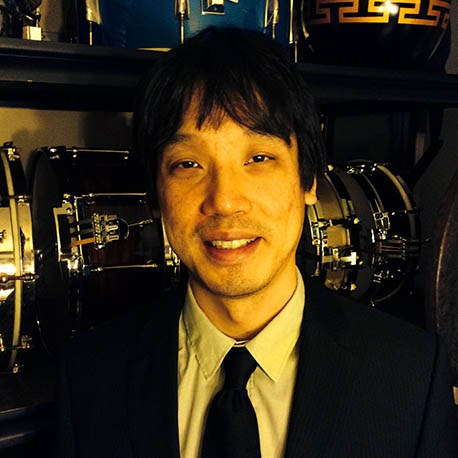 Chicago-based percussionist Ian Ding is a versatile performer specializing in contemporary music and orchestral percussion. He is a founding member and co-director of New Music Detroit, a member of the Fulcrum Point New Music Project (Chicago) and the Virgil Moorefield Pocket Orchestra (Zurich), and serves on the percussion faculty at the DePaul University School of Music.

Ian is a frequent guest with major orchestras such as the Chicago Symphony Orchestra, Lyric Opera of Chicago, Cleveland Orchestra and Saint Paul Chamber Orchestra and has also performed extensively with chamber ensembles Bang on a Can All-Stars and Alarm Will Sound. Ian is the artistic director and producer of Strange Beautiful Music, New Music Detroit’s annual marathon concert of contemporary and experimental music and is also a former board member of the American Composers Forum.

Ian served as Assistant Principal Percussionist of the Detroit Symphony Orchestra from 2003-2011 and Lecturer of Percussion at the University of Michigan from 2005-2014 and was a fellow of the New World Symphony in Miami from 2001-2003. He is a graduate of the University of Illinois and the Juilliard School where his teachers included Tom Stubbs, Thomas Siwe, Jim Ross, William Moersch, and Gregory Zuber.